Another Letter from Jeff Fullerton

Yet Another Letter from Jeff Fullerton 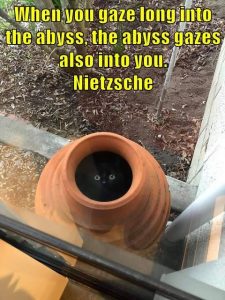 Quotables from my essays:
“Freedom is an Attitude! Slaves don‘t have it.” ~Dennis Wilson

CRT – Communism Repurposed for Today – CRT, Critical Race Theory: What could be so problematic?

Really stands for Communist Race Theory. Brought to you by the likes of the bomb throwing Bill Ayers and the Weather Underground and the Symbionese Liberation Army who were mostly lily white Marxists who took it upon themselves to cultivate the seeds of revolution among people of color. Who ever imagined what was a fringe radical movement in the 1970s would grow into actual policies being pushed by a mainstream political party.

Given time and lack of attention on our part; the Marxist professors and pop culture ideologues have proven anything is possible.

This is unusual turnout for tiny New Hampshire; nearly all attending were in favor of ending Federal rule over the state. If passed as originally written, CACR 32 would let all NH citizens vote on whether to remain in the Union and is thought to be the first time a state government has gone this far in that direction since the 19th century.

Another Letter from Jeff Fullerton

Human emissions just cancelled the next ice age. Here‘s why we should care. by Ilissa Ocko

But not fast enough.

We’re still going to freeze to death or be bankrupted by fuel poverty under the Green New Deal before winter becomes a thing of the past and Pennsylvania’s climate becomes like Honduras.

As I write this it’s 8 degrees outside and my furnace can’t keep up!

Everything Old is New Again

Earlier I wrote that Springfield Armory has released a version of the Browning Hi-Power/GP-35 pistol. The original was ubiquitous in military and police service and popular among civilians for years. FN took it out of production about 2018. clones began to appear so Springfield decided to release their version called the SA-35. It is early days but it deserves success.

FN America has also observed this success and is bringing the Browning High Power back. at least for the American market. Like the SA-35 it gets rid of the magazine safety. Unlike the SA-35, the “new” High Power has ambidextrous safety and magazine release and uses a 17-round magazine instead of a fifteen-round mag.

The FN version comes in either black or flat dark earth (FDE) for $1269.00 or stainless steel for $1369.00. The Springfield SA-35 comes in black with wood grips for $ 699.00. I have not had a chance to shoot either, so I guess it gets down to whether two extra rounds, ambidextrous controls, and the prestige of the Fabrique National/Browning High Power name is worth $570.00. If you need stainless steel FN is your default choice. We will see if good old market competition will bring down FN‘s price or increase the choices from Springfield Armory.

Yet Another Letter from Jeff Fullerton

Gloria Alvarez: The Power of Freedom for Latin America – YouTube

This girl is amazing!

Discovered her via John Stossel’s channel.

This site may receive compensation if a product is purchased
through one of our partner or affiliate referral links. You
already know that, of course, but this is part of the FTC Disclosure
Policy found here. (Warning: this is a 2,359,896-byte 53-page PDF file!)
TLE AFFILIATE