As the World Burns Part 2 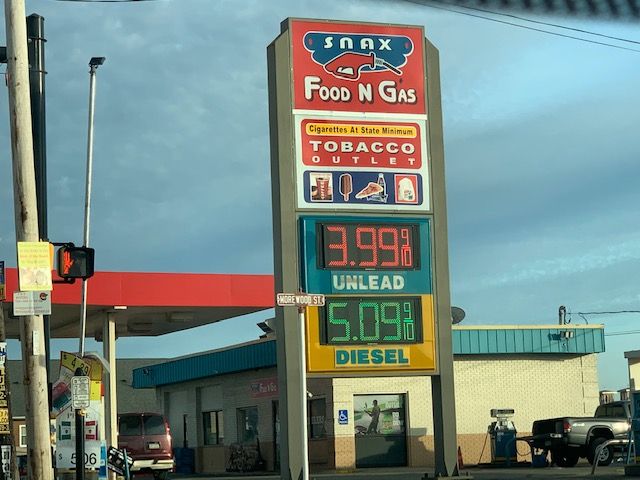 Another week in Paradise.

What’s left of it. Lately it looks like it’s days may be numbered.

I’m writing this as a follow-up to my last article: “Discovering the Virtue of Selfishness in Energy Independence & Foreign Policy”.

Since then things continue to go from bad to worse as Russian forces continue their assault on Ukraine shelling cities , the site of Chernobyl and an active nuclear power plant! And locally gas is now well above $4 a gallon mark. And I’m afraid what I might see next time I pass a gas station when I’m out and about.

If that was not enough—I have to ask the question: How long has it been since anyone had cause to worry about a nuclear war?

I’m going to save much of what I have to say about that issue for Earth Day—if we last that long. I’m betting we will so I’ve been busy with spring cleaning in my house and outside with the aim to get it all in order so I can enjoy it at least one more season—which I for the most part will have now if the Russian missiles hold off. Then all I have to do is survive the Biden Disasterville. Which I’m might be able to pull off. We survived Obama & Jimmy Carter so it may be doable. 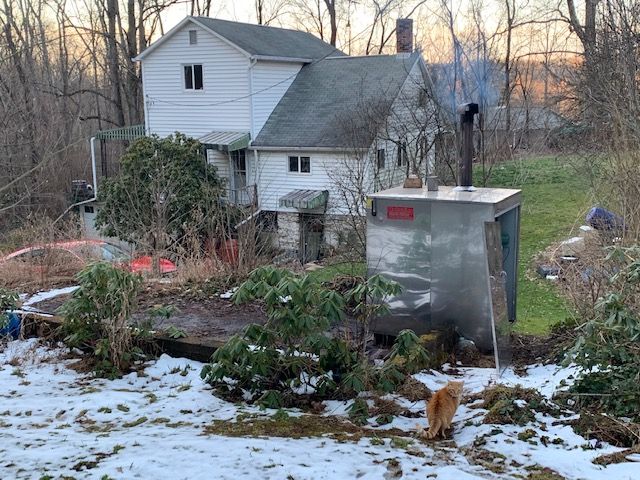 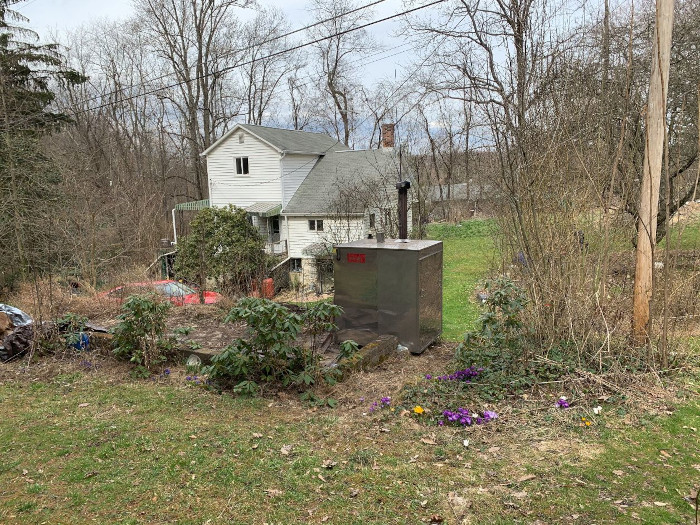 I made it through what ought to be the worst of winter and now the world outside is waking up along with my enthusiasm to do stuff. And that selfish urge to pursue happiness and flourish is pushing me forward. Along with the objectivist philosophy of Ayn Rand which I’ve been studying intensely these days. Mostly through YouTube videos of Gloria Álvarez , the Atlas Society’s Jennifer Anju Grossman “JAG” who is every bit as pretty and personable as Gloria! 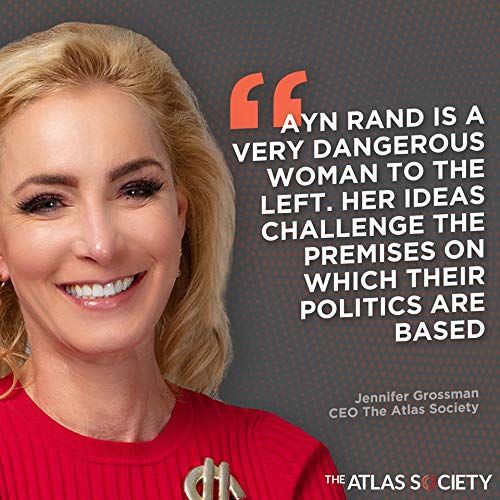 And there’s a gentleman of Israeli heritage who has become my favorite of this trio. Yaron Brook who adds even more octane to the philosophy of Rand in this dark age of crisis and sacrifice as he passionately expresses the phrase “human flourishing” time and time again.

Human flourishing is the outcome of individual freedom and capitalism wherever it is allowed to whatever degree. The Virtue of Selfishness can be a hard sell in a world where the mystique of altruism is so deeply rooted in culture—politics and religion. Yet most people want to thrive and enjoy life as much as I want to. And the truths are self evident that most of the problems on Earth are caused by things and people who disrupt and destabilize things. Like the Coronavirus and those who used it as an excuse to grab power and tanked the world economy. Or the Biden Administration which thoughtlessly cut domestic energy production on the heels of that hardship to force people to shift to electric vehicles. With perhaps the consequence of tempting Russia to invade Ukraine and the ultimate consequence of a wider global conflict that could escalate into Armageddon!

If you examine the motives of the actors involved—save a mindless microscopic entity that might not even qualify as life— you will find that all of them wrap themselves up in altruism and the idea of sacrifice for some greater good. Be it social equity, preventing climate change, expanding NATO or restoring the Russian Empire—it all involves sacrifice of human lives and freedom and happiness. Maybe even civilization itself. Back in the days of the old Soviet Union when Middle East turmoil was a major worry—the elephant in the room was the environmental movement’s crusade against nuclear energy and offshore drilling. I’ve always wanted to ask them if risking a nuclear war for control of the Saudi oil fields was the better alternative to another accident like Three Mile Island ? It’s come full circle again with the rumblings of World War 3 in Europe brought about by the same damned policies on steroids so it think it’s time to ask that question again.

I can’t wait to write that Earth Day Special!

In the meantime my focus will be on pursuing happiness and further knowledge. Through the influences of contemporary objectivist philosophers I’m learning the value of my mind as the ultimate tool for enhancing my own life here and now and for starting over—if I end up loosing it all. Be it getting crushed by inflation or the Green New Deal or worse. That was from the life story of “JAG” when she mentioned a devastating house fire that destroyed everything she had.

When I stated this article a couple weeks ago I was pretty ticked off when I came up with the title of “Hanging Out & Doubling Down in the World of Atlas Shrugged.” To express my contempt for those who are making a mess of everything and expecting us to sacrifice for the sake of their values and goals. I’m ready to double down. My only regret is that I’m not rich like Rush Limbaugh who had the luxury to declare back in 2011 that he didn’t participate in recessions. That one probably raised some hackles—like some of the mean tweets wishing him to drop dead from a heart attack. Those compassionate bleeding heart progressives.

These days I’m more preoccupied with doing my own thing than raising hackles. Just to finish everything and enjoy it all while there is still time left. I’m not much for withdrawing my talent from the world like the characters who shrugged in Rand’s iconic novel. You see I’m an artist of sorts and I enjoy doing what I do which brings joy and delight to others as much as to myself. I have three major works—an elaborately landscaped pond, a greenhouse and my Florida Room. I wanted to write about those but I was pretty busy working on them today and had a lot of trouble trying to put together the story—so I ended up writing this.

At least I’ve finally been able to articulate the artistic aspect of my hobbies because they do represent forms of art and and the product of freedom and human flourishing and they enrich the lives of friends and acquaintances in addition to my own. And they are also the product of mind—so if lost they can be created again.

Best of all they will inspire others to create such things to enrich their own lives and lives of others. Even create profit making enterprises. 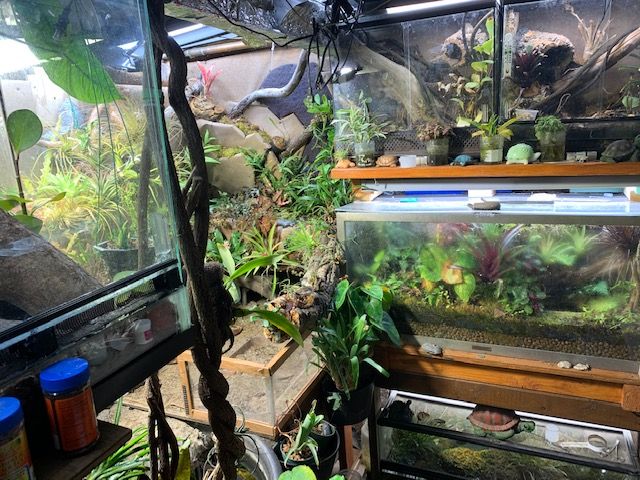 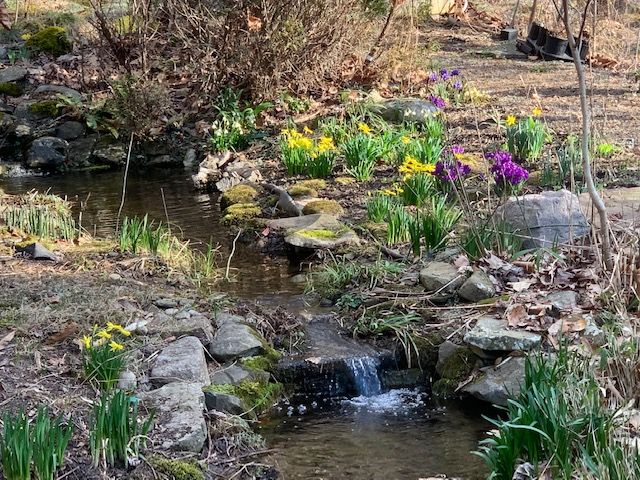 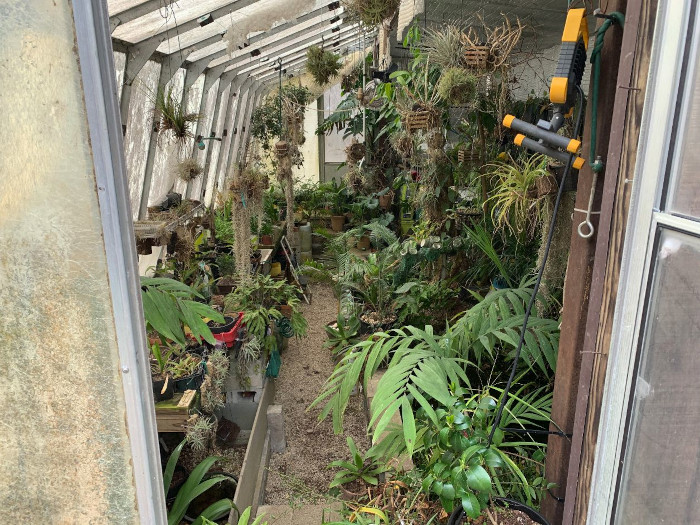 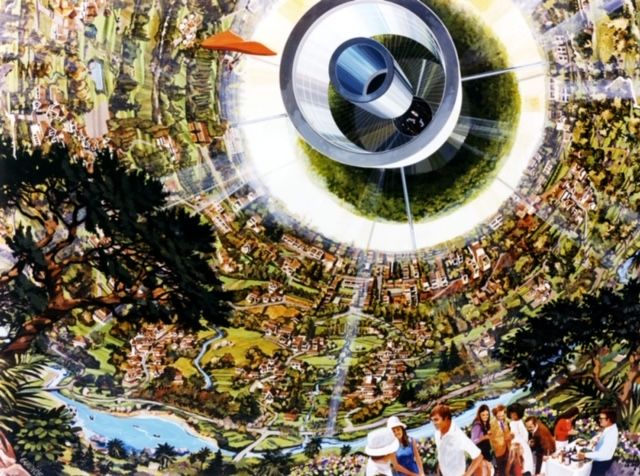 It was my life long dream to plant and populate the ecosystem of these things with my critters and live out there.